La’ie is publicly owned property located along the south shore of Maui, Hawaii in the city of Kihei, on the makai side of South Kihei Rd. between St. Theresa church and West Kapu Pl. The wetlands and sand dunes at Laie are one of the last remaining undeveloped parcels of its kind in Kihei. La’ie is a great example of what Kihei’s wetlands can look like if cared for. They are a sanctuary for wildlife especially rare water birds such as Stilt (Aeo), Coot, and Nene. Wetlands function as sponges that absorb rainwater quickly and release it slowly. Creating a buffering effect on flash flooding and intense rainfall. Wetlands like La’ie function as filters and are natural kidneys, that remove harmful sediment from stormwater runoff, before it enters the ocean. Kihei once had over 200 acres of similar wetlands, but that has been reduced to less than 20 acres. That is why it is vital that we Malama (care for) the remaining wetlands, and fight to protect and preserve our wetlands from destruction. 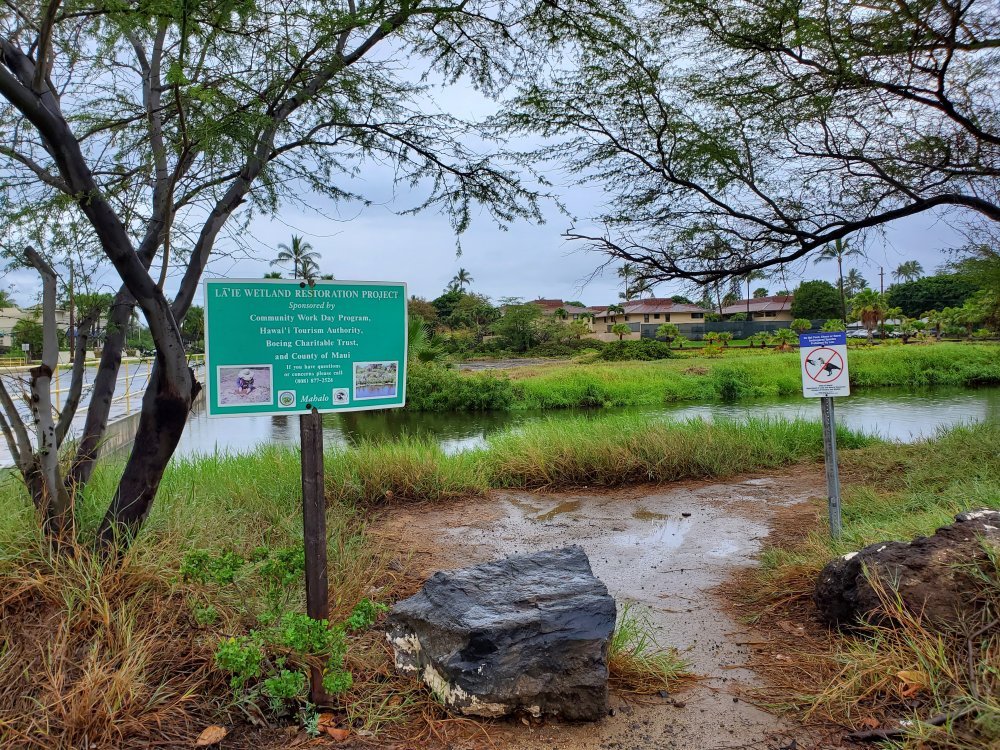