Kulanihakoi Gulch is at Risk of destruction because it is being sold off to developers. Kulanihakoi gulch is South Maui’s largest stream and regularly floods. The gulch is home to huge wetlands and a flood plain, a sandy beach, and nearby archeological sites including a large royal fishpond. This gulch is where the floodwater goes. Developments have been gradually encroaching into this gulch for years. Greedy developers have been edging closer and closer into the stream bed and causing obstructions within the gulch, This displaces flood water and increases area flooding. If we lose any more of this gulch, flooding will increase into the surrounding neighborhoods, destroy people’s homes, cause massive disruptions, and put public safety at risk.  The county needs to protect these streams and gulches so that there is somewhere for the floodwaters to go other than the ocean. The local community has been asking the County for years to buy up these properties and protect them from development, and until now they have refused.  So far there is no rule that requires real-estate sellers to disclose that their properties are located in flood zones, or disclose their flooding history. There is also no requirement that sellers disclose that their properties are in wetlands and sensitive natural areas.

Developer Violations in Kulanihakoi Gulch: Three plots of land (see TMK’s in 2 photos) in the Kulanihakoi River gulch in N. Kihei, mauka of South Kihei Rd. (SKR), have had changes in ownership in this century, the most recent purchase by developer Peter Savio of Honolulu. Prior to this purchase, he purchased similar land in the Waipuilani River gulch, also just mauka of SKR near Ho’onani.  Both of these locations logically repeatedly flood and overflow because of the natural environment. https://gokihei.org/environment/violation-in-north-kihei

This Same Developer has other projects Planned in South Maui’s other vulnerable Gulches:  Developer Plans for Waipuilani Gulch 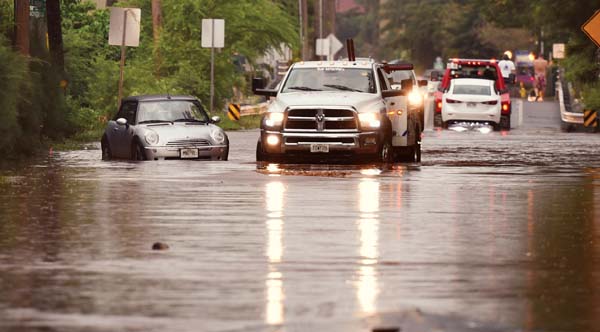