The flooding (kahe wai, Wai hālana) and stormwater (wai ʻino) were seen as a super-natural event, that was attributed to the capriciousness of the gods. The streams and waterbodies had spirits and deities that were worshiped and venerated. When the coastal floodplain would receive the floodwaters and wetlands would expand and deepen, streams wold run in the gulches , and flow out onto the flood plain. The lowlands were then blessed with life-giving water and upland nutrients replenished soils. Each watershed/ahupua’a had it own manager called a konokiki. After floods the konohiki (overseers of the ahupua’a) would order the restoration and repair of auwai (water channels), kahawai (streams), and the removal of mud and silt from the loi kalo and loko kuapa. In this way these important natural and engineered features were maintained and remained functional and productive.

The ancient Hawaiians understood their environment and integrated extreme weather events into their society and lifestyles. Occasional tsunamis (kai eʻe) and earthquakes (olai) would break down the walls of the fishponds, and would require periodic repairs. The konohiki was responsible for the affairs of the ahupua’a from mauka to makai. The fishponds were protected and cared for by the “ki’ai loko” (pond protector) who was something like a security guard and custodian.

When the konohiki deemed it necessary, he recruited from the makaainana (commoners) and no doubt some skilled workers, to aid in the rebuilding and maintenance projects. In that way, the community of each ahupua’a was responsible for the restoration and maintenance of their watershed. When a project was too large for the local community, the Aliʻi (chiefs/rulers) would assist each other with civic projects in neighboring ahupua’a. In this way, prestige and power went to the Ali’i who helped their neighbors, and they could claim water rights or part of the bounty of agricultural crops of their neighbors.

Hawaiians knew that Water was life (ola I ka wai), and caring for the watershed was critical for the function of all activities, and daily life, from agriculture, to aquaculture, and it even affected fishing in the ocean. The konohiki managed the ahupua’a land division that stretched from mauka to makai (land to the sea), including the reefs and nearshore fisheries. They knew that the management of the land directly affected the ocean resources. 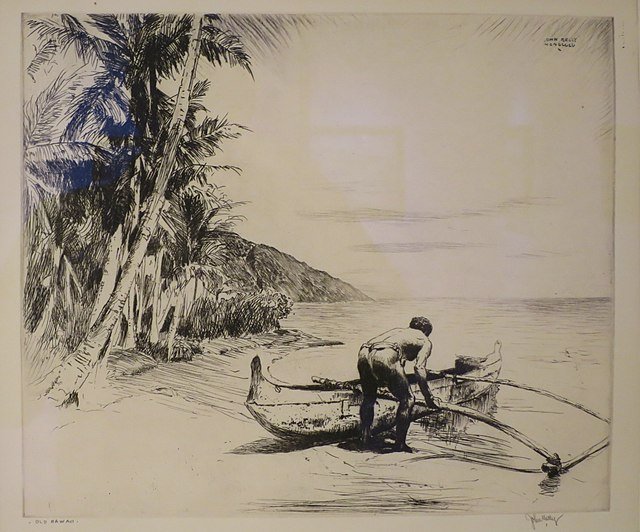