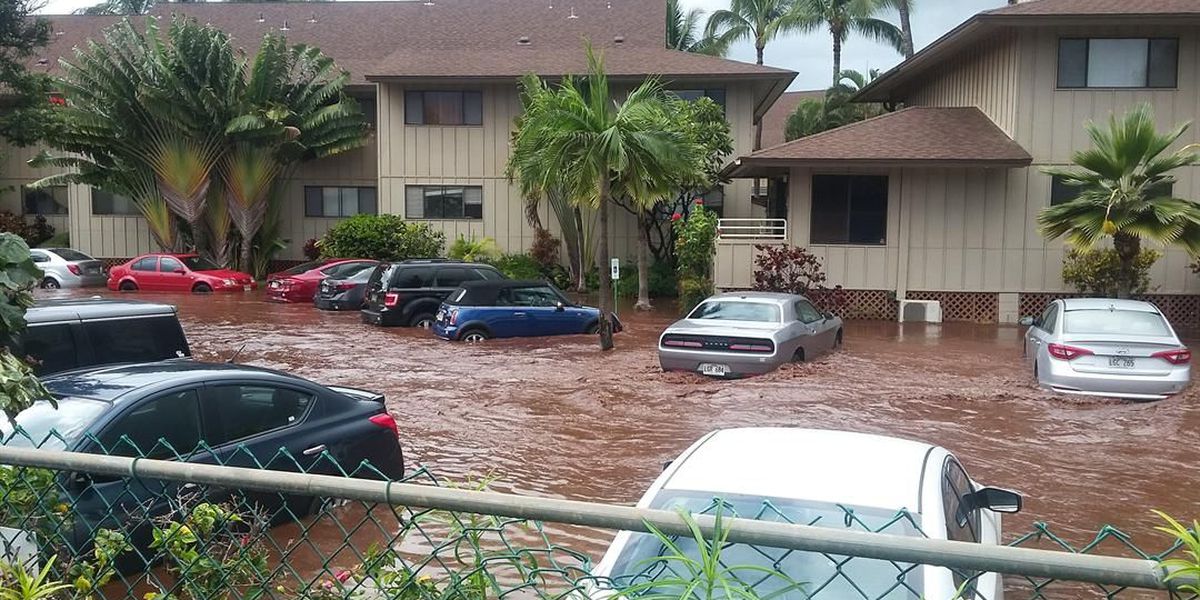 There are known issues: These problems have been well-known for decades, and improvements to infrastructure have been planned, but have never materialized. But even the planned improvements would still be insufficient to manage the scale of the problem. Another recommended mitigation measure would be to put a moratorium on new building/construction on the Kihei floodplain within the FEMA flood zone until proper stormwater infrastructure can be installed.

Failed Kulanihakoi Bridge Replacement Project: Some Kihei residents and community organizations are urged the county to halt the Kulanihakoi Bridge Replacement project, saying it will not stop flooding in the area and will interfere with Native Hawaiian practices and impact a freshwater spring.  Residents in the Kalepolepo area next to the old Maui Lu Resort said flooding occurs often during heavy rain with the culverts overwhelmed by floodwaters and question whether the proposed project will remedy the problem. They noted that debris has raised the base level of the waterway in recent years, causing floodwaters to flow over the concrete bridge road. The Kihei Community Association and Vernon Kalanikau, the poo or head of the Native Hawaiian Aha Moku O Kula Makai Council, have been urging the county to halt the project. Both say the county has been speaking with them but is not taking up their suggestions.

BRIDGE NEVER COMPLETED:  The bridge was never completed, and no pedestrian access was created. The pedestrian sidewalk does not cross completely over the bridge, the sidewalk stops (see diagram), some people climb over the railings and cross over the lego-shaped concrete blocks, but this is very dangerous. The only way for pedestrians to cross this bridge without climbing over railings is to walk along the road’s shoulder next to traffic. 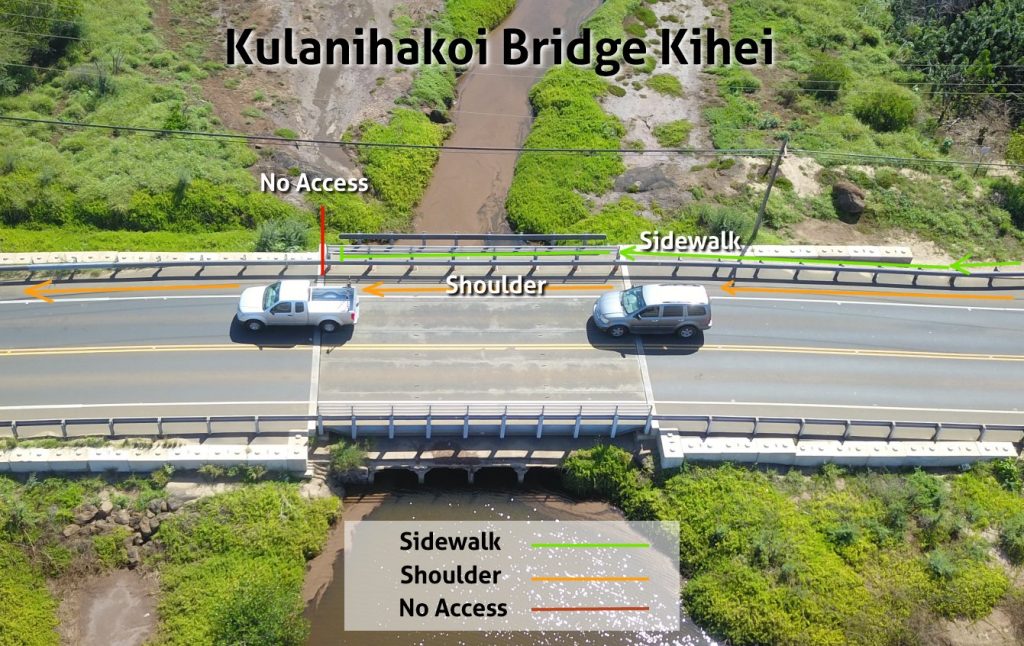